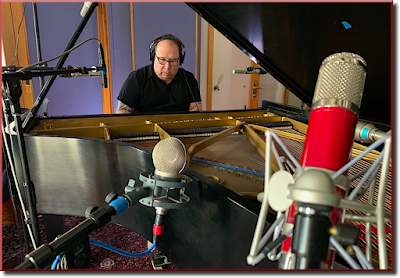 We're excited to present an interview with Michael Whalen! He’s a distinguished New York based composer of many genres who’s written music for various advertisements, television and film scores, as well as released numerous albums over that past few decades, including on prominent record labels such as Narada, Hearts of Space and Windham Hill. His latest album has just been released on the Real Music label and it's a beautiful solo piano offering titled Cupid Blindfolded. So please stay tuned for a lively and fascinating conversation as we delve into the creative mind and discuss the muse of Michael Whalen.

Music from the albums Cupid Blindfolded, Kiss the Quiet and Dream Cycle are featured in this segment.