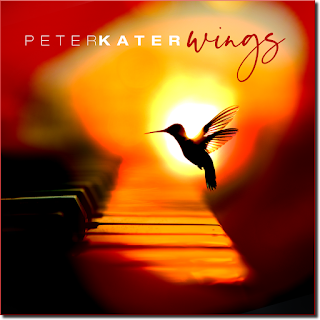 Peter Kater is among the early pioneers of what has come to be defined as ‘new age piano’ music, as well as one of the genre’s most prominent and successful names. Likewise, a recent first-time Grammy winner for his 2017 masterpiece Dancing on Water (which followed a successive string of Grammy nominations over the years) and multi-platinum selling recording artist, Kater’s more than three-decade span as a consummate composer has seen the release of several landmark solo albums and collaborations with other notable instrumentalists and vocalists.

Often created with an overarching and purposeful theme in mind, many of Kater’s compositions convey concurrently meaningful expressions that are drawn from nature as metaphor for human emotion and personal reflection. Embodying this concept is his latest piano album, Wings, which effectively elicits poetic passion and romantic mystery along its mesmerizing course. Lending further mystique to these fluidly evolving and sparkling arrangements are subtly interspersed synth-textures, which beautifully backlight several of the pieces in crepuscular golden rays.

Although overall mood-elevating and soul-embracing, as with much of Kater’s music Wings also often conveys an alluring sense of hopeful longing and restrained desire quietly stirring beneath its surface. Hence, the enrapturing beauty and depth of the melodies themselves is what sets Kater’s music apart from many others in the field. It’s the precise timing of each note, the spaces between the notes, and the distinct emotion impressed upon each note played that collectively results in nearly unmatched perfection.

A must-have for fans of Peter Kater as well as all lovers of the ‘new age piano’ genre, Wings is yet another memorable masterpiece and easily a top contender for this year’s finest piano album! ~Candice Michelle