Album Review: The Road Ahead by Joslin 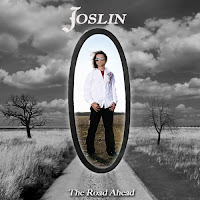 The Road Ahead is the third album and second non-holiday recording from Dallas-based musician and composer, Joslin. Comprised of eleven compositions spanning forty-nine minutes, this 2010 release adheres to a similar formula as his debut album, The Lone Traveler, while mostly scaling back the heavier techno-dance elements in favor of more contemporary rhythms. Likewise showcasing a colorful array of electronic, global and symphonic orchestral textures, the album features a handful of talented guest artists, of which includes guitarist David Abrams, violinist Radu Cernat, and vocalists Lauren Lamb and Elizabeth Leonard.

“The Atlantic Prelude” introduces the album with symphonic orchestration and a contemporary electronic rhythm, as Latin dance and rock elements lend the composition a sultry, dramatic flair that’s highlighted by cello, classical and electric guitar. Following it up is the equally aesthetic, “Celestial Rain”, a sensual chill-out number accentuated with touches of smooth jazz and lounge. Easily my favorite composition on the album, it seemingly evokes images of a Mediterranean oceanside casted by sunshine and rain, as flowing piano notes ringing like chimes are warmly immersed in bubbling electronics and a bass-laden groove. Switching gears a bit with “Sunrise”, this contemporary instrumental piece opens with singing birds and symphonic orchestration led by piano and brass instruments. Elegantly optimistic and celebratory, it brings imagery to mind of sunlight pouring into a magnificent ballroom or dancehall. “Fall” is one of two compositions that features the vocals of Lauren Lamb; tailored to more of a pop-rock mode, she sings a catchy melody on this decisively mainstream radio-friendly song. Slipping back into an exotic swathe, “Body Language” is a sumptuous chill-jazz tune that showcases Spanish guitar and a cha-cha rhythm. Imbued with a seductively nocturnal mystique, this tantalizing piece perfectly evokes an atmosphere of a romantic evening on the pier, as one can almost feel the caressing breeze gently blowing in from sea. I’m also particularly fond of “Lonely Lovers Lullaby”, which features the wordless, aria-like vocals of Elizabeth Leonard. Led by a waltzing pace, this classically-infused number showcases a whimsically haunting piano and violin melody, as it seemingly recalls that of masked couples dancing in a vast white room. Another favorite is “Cat and Mouse Tango”, where ‘tango meets techno’ for an interesting twist. Here, Radu Cernat leads the enchantingly romantic composition with his classical violin. Closing out the album on a gently optimistic note is the title track, “The Road Ahead”. A contemporary instrumental piece that bears subtle Celtic nuances throughout, it aptly portrays peaceful scenery of a sunny and open, northern terrain.

Another top-notch production from an amazing multi-talent, Joslin seemingly immerses himself in the diverse cultures and geographical locations that inspire his lovely compositions. Always infusing his intricate arrangements with an authentic and soulful essence, I’m once again remarkably impressed by the range of his musical dexterity! ~Candice Michelle 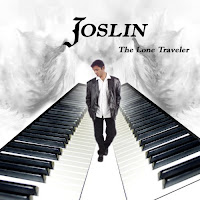 Joslin Dsouza is an Oman-born musician-composer who currently resides in Dallas, Texas. Having first begun playing piano by ear at the age of four, he later enrolled in classical piano lessons, eventually studying under the academic curriculum of the Royal School of Music, London. Since moving to the United States, Joslin’s music has been featured on numerous television shows, commercials and documentaries. Released in 2006, his debut album, The Lone Traveler, was inspired by a story he learned in music class about the evolution of the modern guitar, specifically, the Arabic contributions to Spanish guitar music. Comprised of ten compositions spanning approximately fifty minutes, the album incorporates influences of world, techno, classical and contemporary instrumental styles of music, inviting the listener to embark on a spirit-soaring journey full of cultural richness and vivid colors painted throughout.

The title track, “The Lone Traveler”, opens the album with bold piano keystrokes that soon introduce a Gypsy-like melody accompanied by Radu Cernat playing violin. Immediately conveying a notion of watching a live grand stage performance unfold, an entourage of dancers seemingly enter the scene, as the piece further blossoms to life with an infectious dance rhythm. “Dance de Amour” follows next, an equally ebullient number with a romantic Mediterranean flair. Here, accordion takes the lead melody over an arrangement of strings, piano and percussion, as it seemingly paints a picture perhaps from the 1940’s, depicting a svelte couple dancing in the streets of Paris or Barcelona. Shifting gears a bit is the buoyantly energetic, “Celebrate Earth”, which aptly captures the atmosphere of a lively celebration. Notably infused with Eurodance elements, a simple piano melody that somewhat recalls Robert Miles’ mid-1990’s club hit “Children”, is similarly laid over a trance-techno rhythm accentuated by colorfully digitized effects. The next piece, “Moving Forward”, is one of my favorites on the album, likewise highlighting a dreamy piano melody that’s supported by pronounced bass and a dance-techno rhythm. An incredibly infectious tune with a soaring, convivial spirit, I could listen to it repeatedly, as I’m reminded of night life and driving through city streets. Equally compelling is “The Land of Innocence”, which aptly begins with the distant sounds of children playing amidst dreamy chords, before blossoming into a bouncy club/dance arrangement. Imbued with a fantasy-like quality evoking the innocence of youth, a whimsically whistling melody gives way to a sparking piano riff during the bridge of the piece. Taking things down a notch is the notably tenderer, “For All God’s Children”, initially beginning with gentle thunder and rainstorm, before introducing a classically contemporary instrumental arrangement that’s elegantly woven with orchestral textures. By contrast, “Underneath” is decisively sultry with its delectable Arabic and Indian musical flavors, which are further spiced-up by the exotically soaring vocals of Erin Munoz. Easily another favorite, the piece exhibits a world dance-rock flair, painting visually enthralling images of a thematic stage performance embellished with veiled dancers, flaming torchlights and temple décor. Closing out the album is the likewise fantastic, “Renegade”, which opens with the hauntingly beautiful sound of a duduk amidst a seemingly foreboding drone. Tribal drumming soon enters followed by stark instrumentation led by piano and strings, as the melody shifts back and forth from dark to light throughout until ultimately wrapping things up with a powerful, thunderous finale.

An amazing discovery from a master talent, The Lone Traveler makes for a mesmerizingly visual-audio experience, in which although the traveler may be lone, is certainly never alone. An artist whose work I find incredibly suited for live performance, Joslin is seemingly able to pull off the oft-difficult task of crafting strikingly bold and dramatic arrangements without ever becoming overly bombastic. A most highly impressive debut, The Lone Traveler will likely appeal, especially, to fans of Yanni, 2Cellos and David Arkenstone, as well as those with a penchant for Eurodance music! ~Candice Michelle