Spotlight: Beyond Words by Dan Chadburn 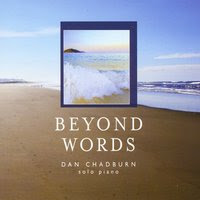