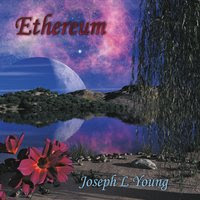 Joseph L Young is a world-flute master and keyboardist whose fourth album, Ethereum, is comprised of twelve beautiful compositions that showcase his multi-instrumentalist talents and keen ability to tap into the essence of music from various cultures. Among the instruments Joseph plays are Native American flutes, Chinese flutes, South and Central American clay drone flutes, Irish pennywhistle, and even Saxophone on one track. These exotic elements are deftly interwoven among indigenous percussion and atmospheric synthesizers, thereby lending an overall shamanic and trance-inducing quality to several of the compositions.

“Wavelength” opens the album with hazy tones and suspended chords that envelope a subtle flute melody. Serene and warmly-lit from the very first note, this piece brings images to mind of an afternoon sunset casting its beautiful glow over a rocky desert terrain. The title piece, “Ethereum”, follows next with a native-style flute that seems to echo throughout a vast canyon. This hauntingly beautiful and slightly forbidding ambient flute piece is likewise accompanied by droning synths, rainstick sounds and washes of chimes, which seem to evoke a sacred semblance of channelling an ancient wisdom or unveiling of hidden secrets. The comparatively lighter and more gossamer “Shimmers” ensues with Celtic harp and Irish pennywhistle, a delicate piece that conveys a fairytale-like medieval or renaissance flair. Changing scenery once again, “Boundless” begins with a low rumble and slithering sounds that introduce native-style flute and reverberating, slow-paced percussion, as hypnotic vocal intonations are echoed among its cavernous ambient soundscape. It is followed by the notably intriguing “Illumination”, a radiant piece that evokes images of a watery cave illuminated by sunlight pouring through. Here, piano and flute exchange dual melodies among a backdrop of chimes, Udu drums and atmospheric synths. Exuding both Celtic and Chinese overtones, “Free” is another piece particularly worth noting, which features vocals by Lenise Redding who sings a bewitching and mystical melody. Concluding the album is the beautifully nocturnal “Sapphire Moon”, which is guided along by subtle percussion and occasional shooting star effects, as a chorus of flutes seem to gently serenade the moon.

Brushed by colorful hues of various cultures throughout, it’s easy to slip into a deep zone while listening to this album. I’m especially fond of the many echoing effects and intricate textures throughout these beautifully relaxing and soulfully rejuvenating passages. With similarities that could be drawn to works by Scott August and Al Jewer & Andy Mitran, Ethereum is a wholly rewarding excursion into ethno-ambient flute music! ~Candice Michelle

For more information please visit the artist's website. This album is available at Amazon, iTunes and CD Baby. 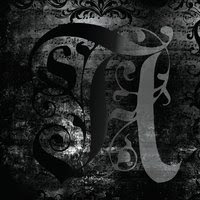 II is the second album by pianist and composer, Andy Iorio, who debuted with After the Rain in 2010. Comprised of twelve compositions having one word titles, each capturing a mood, moment or emotional expression, the album features a mix of both piano and strings courtesy of Matthew Johnson on violin and viola, as well as solo piano pieces throughout.

“Opening” is carried along by a brisk piano melody underscored by viola, which are eventually joined by violin in a sorrowful serenade. Seemingly inspired by another era, the piece bears notable neoclassical signatures along with a bit of a gothic semblance. Continuing in this mode is “Burn”, which likewise exudes a certain cinematic quality that brings to mind an old black and white film. “Descent” follows next and is easily my favorite composition herein. Characterized by hauntingly ubiquitous chord progressions in which suspended strings hover above a flowing piano melody that repeatedly rises and falls throughout, the mood of the piece almost feels a bit noir, bringing to mind images of passer-byers on cobblestone streets of an old city. The waltzing “Silhouettes” is among a handful of solo piano compositions of which are generally less forlorn than those accompanied by strings. Whereas the album’s piano ensemble pieces skew more towards the melancholic and neoclassical, their solo piano counterparts possess more contemporary melodies that are comparatively brighter and more sentimental. The final piece, “Closing”, opens with an encroaching fog of strings that soon introduce somewhat languid piano notes and a flute-like instrument. An extended pause of silence occupies the middle part of the track, before revealing a hidden solo piano piece towards it’s seemingly daybreak conclusion.

Capturing an elegant balance of shadow and light, Andy Iorio has demonstrated a keen ability to convey often dramatic emotional expressions within a generally subtle and perfectly understated musical framework. Overall solemn and purposeful with lighter moments of hope interspersed throughout, II is a superbly crafted album that will appeal, especially, to many fans of Phillip Glass, Ludovico Einaudi and piano-based soundtrack music! ~Candice Michelle

This review was originally published on Journeyscapes Radio on 11/17/16.

Spotlight: In the Company of Clouds by Erik Scott 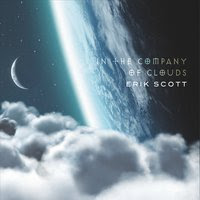 Erik Scott debuted with his first album in 1969, later working with a number of pop and rock artists, including having toured and recorded with Alice Cooper in the 1980’s. He has since co-written for and collaborated with a number of other recording artists, as well as embarked on an instrumental solo career. On his latest album, In the Company of Clouds, the intriguing and hypnotic lure of melodic fretless bass is Erik’s key instrument, accompanied throughout by keyboards, percussion and mandolin, as well as other innovative sound effects. Comprised of nine tracks total, In the Company of Clouds additionally features an amazing lineup of guest musicians and vocalists, including John Pirruccello who lends steel guitar to all of the compositions.

“Nine Lives” immediately lifts the spirits with its beautiful sound collage of melodic bass, tribal percussion and soulful wordless vocals. They collectively lend the piece a notable African flavor, effectively bringing to mind that of sailing down the Congo River on a breezy sunny day. The equally mesmerizing “Seven Veils” continues in this mode, as it’s similarly guided along by exotic percussion, dreamy synthesizers and sitar scattered throughout. Soulful wordless vocals intoning soothing “ooohs” return for “Women of Avalon”, another lovely piece that features Steve Hunter on guitar, as John Mader lends congas and cymbals. Warm and enveloping throughout, this piece seems to convey a celebration of the distant past. Another notable highlight, “Breathing Room”, features Jeff Pearce on ambient electric guitar. Here, Erik perfectly injects plenty of ‘breathing space’ between the notes, as Jeff’s guitars ethereally float across a seemingly liquid and nocturnal soundscape. “Victory”, featuring Kevin Haynes on drums, is perhaps the brightest piece on the album and characterized by a comforting, peaceful elation. It’s followed by “Open Door”, which likewise welcomes all of the now familiar instrumental elements – sans the percussion – along with a touch of piano courtesy of Chris Cameron. Closing out the album is the notably warm and leisurely “The Long View”, which additionally features Rick Barnes on acoustic guitar.

Seemingly taking its listener on a magical sailing journey, notes and chords often bend and sway in suspension throughout these melodically structured yet often liquid-like compositions. Exuding an overall mood and atmosphere that reminds me at times of works by Mike Oldfield, Pink Floyd and James Hood’s Moodswings project, In the Company of Clouds is an enthusiastically recommended album of impeccably beautiful ambient instrumental fusion! ~Candice Michelle