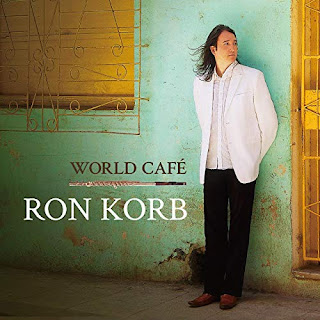 Ron Korb is a master world-flute player whose music beautifully reflects his global travels to various countries and continents where likewise, he's collected various ethnic and indigenous flutes. Like its predecessors, Europa and Asia Beauty, Korb’s latest album entitled World Café is a colorful sound-collage of beauty, culture and imagination. Led throughout by his versatile top-notch flute-playing, Korb is accompanied by a handful of other outstanding guest musicians along the way, including Cuban-Canadian jazz pianist Hilario Duran, Johannes Linstead on Spanish guitar, Joseph Marerollo on accordion, and Margaret Maria on cello, as well as Laila Biali and Bill Evans on piano.

From the opening piece, “Bailar Conmigo (Dance With Me)”, we’re introduced to a sultry fusion of Latin guitar, tropical percussion and a breezy flute melody that feels reminiscent of a romantic island paradise. Next is “Sans Regret” with its pairing of piano and accordion aptly bringing-to-mind quaint Parisian streets. Considerably livening up the mood is the Andalusian-inspired “Cordoba”, which ensues with fiery rhythms and Spanish guitar. It's one of my favorite pieces on the album, as Korb beautifully weaves his signature flute-playing into a luscious flamenco-flavored soundscape.

Other personal favorites include “Hilario” with its sizzling samba rhythm, along with the tango-imbued “Argentina” and the South American-inspired “Patagonia”. Also noteworthy is the duskier “New Orleans”, a jazzy-blues piece that conjures images of a smoke-filled lounge. I'd assume this composition was inspired by Korb’s time spent in The Big Easy, as I personally had the pleasure of seeing him perform in concert there a few years ago.

A flawless integration of world, jazz and contemporary instrumental music, World Café aptly showcases Korb’s compositional mastery and musical versatility. Whereas his equally lovely Asia Beauty took us on a cinematic journey to the Far East, World Café seemingly plays out like an exciting backpacking adventure through old cities and along hidden roads of Southern Europe and Latin America.

Elegant, sophisticated and dynamically expressive, World Café sounds like an album that Ron Korb and company had excessive amounts of fun recording while remaining committed throughout to utmost musical perfection. Making for the perfect traveling companion, listeners will feel inspired to dance, dine and discover new places as they explore this musical world café! ~Candice Michelle 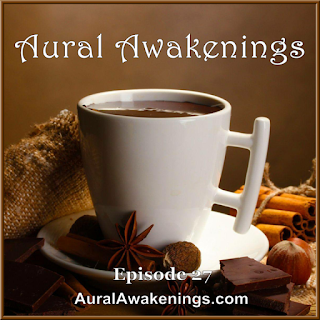 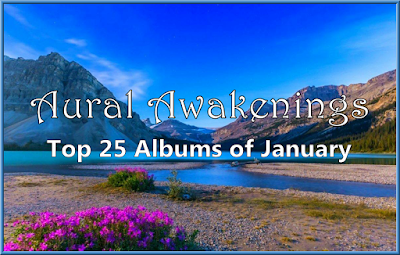 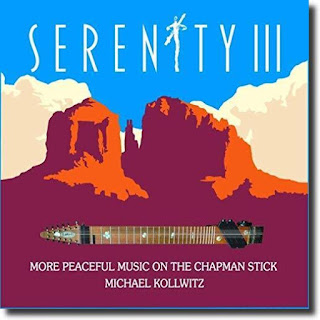 Michael Kollwitz is a lifelong master of The Chapman Stick, a unique stringed instrument created by Emmet Chapman that resembles the head and neck of a guitar but is played more like a piano. The third installment in his soothing Serenity trilogy, Serenity III is comprised of sixteen balmy passages that are comfy, cozy and beautifully pristine.

Having formerly resided in Sacramento, CA before relocating to Hawaii in 2007 until eventually settling in Sedona, AZ, Kollwitz seemingly infuses a part of each of these beautiful locations into the essence of his work, with his pieces often evoking a vast range of scenic beauty stretching from the red rocks to the blue Pacific.

Warmly melodic and deeply tranquil, additional textural threads and tones all produced on The Chapman Stick are subtly woven into the compositions, effectively casting them with a dimly-lit ambience and creating additional depth to get lost in. Not surprisingly, the album’s song titles are mostly inspired by natural landscapes, reflective moods and positive states of mind, which is exemplified on beautiful pieces such as “Smooth Sailing”, “Winding Down”, “Crystal Caves” and “Forgive and Forget”.

Debuting in the top five of the Billboard New Age Chart, Serenity III just might be the best album yet in Kollwitz’ mesmerizing Serenity series. Like it’s two predecessors, this album will transport the listener to a leisurely paradise wherein all of one’s troubles are left far behind.

Although adept at creating peaceful musical environments that encourage feelings of wellbeing and personal contentment, Kollwitz clearly manages to avoid falling into predictably cliché “new age” traps, nor could his thoughtful compositions ever be relegated to mere background music. Rather, Kollwitz' style is expressively unselfconscious, yet down-to-earth and refreshingly humble in approach.

Certain to appeal to a wide-range of listeners in need of some relaxing sonic vibes, Serenity III is another a top-notch album of atmospheric instrumental delight! ~Candice Michelle 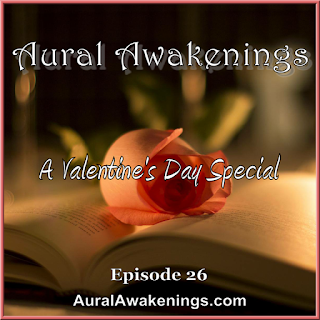 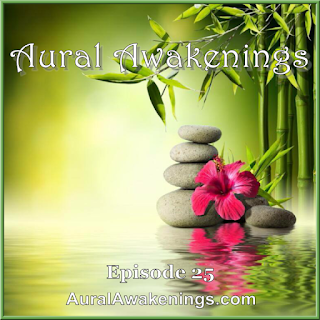