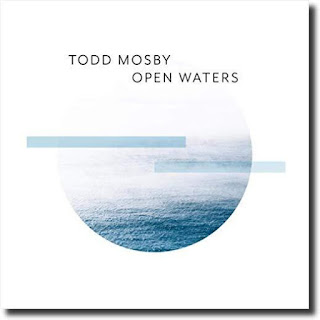 Todd Mosby is an acclaimed jazz guitarist who’s opened for top names in the smooth jazz genre such as The Rippingtons, Michael Franks and Chris Botti. He’s also a member of the four-piece acoustic folk ensemble, Four Guitars, which includes legendary guitarist and Windham Hill Records founder Will Ackerman. Additionally, Mosby studied classical North Indian music for 13 years with Indian sitar player Ustadt Imrat Khan, which helped to formulate his own style of fusing the polyrhythms and polyphony derived from that region with contemporary jazz music. Perhaps most notably, Mosby co-conceived the Imrat guitar (along with Kim Schwartz and Imrat Khan), a 20-stringed hybrid instrument that looks and sounds like a cross between a western guitar and an Indian sitar.

With his fifth album, Todd Mosby sails the seven seas on Open Waters, a leisurely musical adventure inspired by Greek philosopher Plato’s legendary lost civilization of Atlantis. Mosby, like myself, has been fascinated by this most intriguing tale ever since he was a child, and similarly, that curiosity never left him as an adult. Comprised of 12 songs spanning approximately 52 minutes, the album transpires like an archetype voyage from the mythical kingdom to a new land, moving in a westward direction across the ocean.

“Drifting” introduces the album with a supremely serene soundscape, as the meditatively melodic tones of Mosby’s signature Imrat guitar are seemingly set adrift upon a liquid haze. Named for the album’s overarching theme, “Atlantica” follows with gentle percussion, saxophone and bass guitar, as Mosby alternates between his versatile instrument’s acoustic guitar and sitar sound. Ensuing next is "Open Waters", one of the album’s main highlights, which showcases the ethereal vocal intonations of Lola Hennecki accompanied by a characteristically easygoing, smooth jazz arrangement.

One of my favorite pieces herein is the dreamily tranquil “A New Land”, which effectively brings-to-mind that of sailing down a lazy river, as a peaceful acoustic guitar melody in tandem with subtle piano notes (courtesy of Fiona Joy Hawkins) are smoothly carried along by understated percussion. We are then greeted by lyrical female vocals on “Western Sky”, another jazzy piece with a touch of Bossa Nova. Reverting to a tenderer mood, “Dolphin Song” conveys both serenity and playfulness with its pastoral collage of guitar, piano and violin at the forefront.

Arguably Todd Mosby’s most outstanding work to date, Open Waters mesmerizingly imparts a cooling and calming effect upon the senses, as it paints relaxing images of sunny beaches, sailing the oceans and dreaming in paradise. A masterful display of acoustic folk and smooth jazz with Caribbean and Eastern musical overtones, Open Waters easily earns a spot as one of the year’s finest instrumental acoustic albums! ~Candice Michelle

For more information please visit the artist's website. This album is also available at Amazon, iTunes and other retail & streaming platforms. 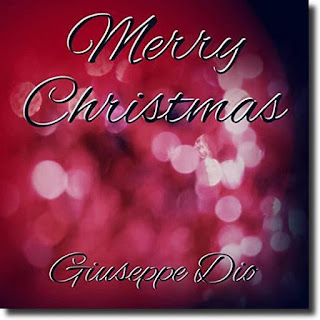 Giuseppe Dio is an Italian electronic music composer who’s explored everything from deep space to dream house on his previous recordings. This time around, he eases comfortably into the holiday spirit with a lovely 24-minute EP that’s simply titled Merry Christmas. Rendering six compositions on electronic synthesizers, Dio has selected a very fitting collection of songs that all beautifully complement one another.

I was most delighted to see a rendition of Franz Schubert’s iconic “Ave Maria” included here, as I’ve always found it to be one of the most beautiful pieces of religious music ever written. Dio puts an epically cosmic and wintery spin on the composition, all while perfectly preserving the sacred reverence of the original masterpiece.

Another highlight is the nocturnally peaceful “O Tannenbaum” (aka “Oh Christmas Tree”) which wraps the lead melody in spacious notes and twinkling stars, effectively conveying a cold winter’s night.

Call it “new age Christmas music” if you like. Either way, this fantastic little collection of cinematic cosmic carols is easily one of the most enjoyable holiday listens of the season! ~Candice Michelle


For more information, please visit the artist's website. This EP is also available on Amazon, iTunes and other retail and streaming platforms.