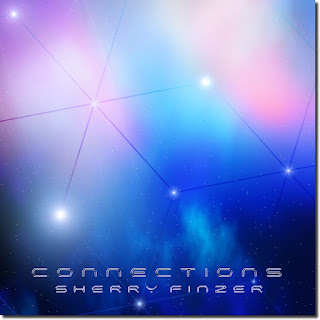 Phoenix-based, classically trained flutist Sherry Finzer has received many accolades and awards for her musical contributions primarily in the relaxation/meditation genre. Her branding encompasses the use of a collection of low flutes, including alto, bass, and contrabass flutes, as well as a variety of Native American-style and world flutes. Often wind instruments are mixed with sacred chants, ethereal sounds, natural and other ethnic arrangements to create her soundscapes. Sherry has recorded, toured, and performed with a variety of accomplished artists whose collaboration has also influenced her unique sound and style. She has released over twenty-seven solo and collaborative albums and numerous singles.

Sherry’s latest solo release, Connections, was inspired by the legendary American flautist Paul Horn who was a pioneer of world and contemporary instrumental music as well as a practitioner of transcendental meditation. Sherry is a firm believer in the power of music to aid in the healing process. Connections is a fitting title for this album given the uncertainty of the current times we are living in; many have suffered isolation, illness or tragedy and are yearning for the support and strength which comes from being able to share and connect with others.

After starting to livestream on the Insight Timer Meditation App in 2020, Sherry began connecting with thousands of fans and followers who shared testimonies of just how much her previous recordings, and her livestreams, were helping them through the grieving process, letting go of stress, improve sleep, or aided in lessening their physical pain. She wanted to share her gratitude and have this recording be about her listeners. All songs on the album were either created in memory of loved ones who have passed, or for someone who currently uses Sherry's music as part of their daily therapy or healing regimen. The flutes used were selected by the participants – each person selecting the flute that resonated with them most.

The album’s seventeen tracks take the listener through a continuum of healing sound and light. The first track “Resilience” serves as the impetus to elevate us to that higher place above our cares, and concerns. The song titles speak to us of familiar comforts like nature, water, new days, blessings, peace, journeying, coming home, connecting, and communing with Spirit. With each subsequent song one can cast off all encumbrances, negative energies, and unhealthy emotions.

Caught up in the gentle whirlwind of her flute sounds and melodies, one feels a sense of release and weightlessness, like a boundless floating experience. The experience is so blissful, like the end of a massage therapy or stretch/cool-down session, you’ll wish, as I did, to remain in that state indefinitely. Perhaps why some listeners say they listen to Sherry’s music 24/7. How wonderful that Sherry chooses to use and to share her musical talents with the world as a channel to bring comfort, relief, and much needed healing.

Connections is the third solo flute release in Sherry Finzer's "Naked Flute" series recorded at The Tank. Her music can be heard under her name as well as her groups Majestica and Evenfall on various international radio programming, international airlines, and overhead music channels.

Besides composing and recording, Sherry is the founder and CEO of the Heart Dance Records label featuring musicians from around the world with a mission of creating music for peace and wellness. She is also founder of the Higher Level Media promotions company, as well as one of the three founding members of the Mindful Music Association. Sherry live streams weekly on the Insight Timer meditation app.
~Lissette Cascante for Aural Awakenings