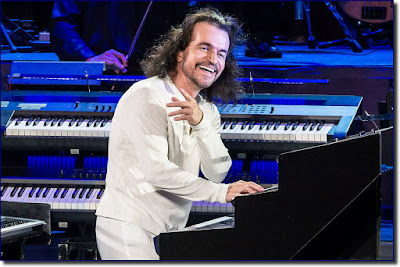 The pianist returns to the top of the list for the first time since July with a soundcheck performance from Tucson. Yanni continues to prove he’s quite the force on Facebook Live, ruling Billboard’s Top Facebook Live Videos chart for a third month in 2019 by crowning the October 2019 list.

The chart, the latest of which recaps October 2019 activity, is a monthly look at the widest-reaching and most-reacted-to videos posted by musicians on Facebook Live, as tracked by media analytics company Shareablee. Rankings are determined by a formula that blends reactions, comments, shares and first-seven-days views.

Yanni, who previously ruled the June and July 2019 editions of Top Facebook Live Videos, leads October’s tally with a livestream of his soundcheck in Tucson, Ariz., before his show at the Fox Tucson Theatre on Oct. 1.

Read the full article at Billboard.